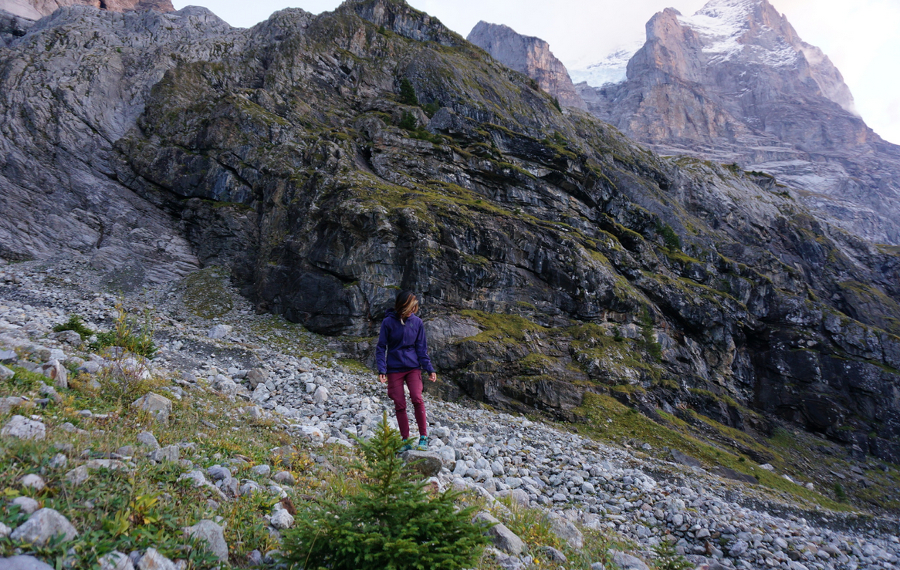 I spent a week walking the Via Alpina trail in Switzerland from late September to early October 2016. I inevitably collect cool thoughts and cool photos when I hike for 8 hours a day and have always wanted to write a trip report, but motivation/time is eaten when I rejoin society and work/school. I have neither of those responsibilities right now! Posts will be serialised under Via Alpina.

I love that the alps are super accessible (grandmas and dogs and babies all over the places, rails running out of every town to the top of every pass), and people go there specifically to enjoy the European charm and convenience of mountain cabins/huts. So of course I ignored all the modern comforts the country had to offer, wild camping and hitchhiking instead. I took one train, two hours from Zurich to my arbitrarily selected trailhead in Engelberg, which was a fresh and smooth experience that, like all the other Swiss things, put the quality of their counterparts in other countries to shame, but also used all my food budget for the month. It was lovely for being the only train I pay for my entire stay in Europe.

The trail was really developed and full of cows and people, so we got pretty creative about finding places to sleep! (Ominous foreshadowing music)

Even with cautionary tales of $20 McD from friends who visited earlier in the summer, I was unable to handle how crazy Switzerland prices were, even with my recent past life in the luxurious San Francisco tech startup reality sphere. We brought our food in from Germany, an excellent country with reasonable grocery bills and an appreciation for tasty dehydrated meals (in the US you have to go to a sport store for that).

>Here are some ways I prepared for the trip, because I sometimes get questions about how I travel \o/

Basically I like to collect a ton of info so I can put off deciding on specifics for as long as possible. This is the kind of thinking that both leads me to sleeping on the side of the road but also in a secluded magical fairy wonderland (both happened).

No comments at the moment. Hey, you could write one \o/